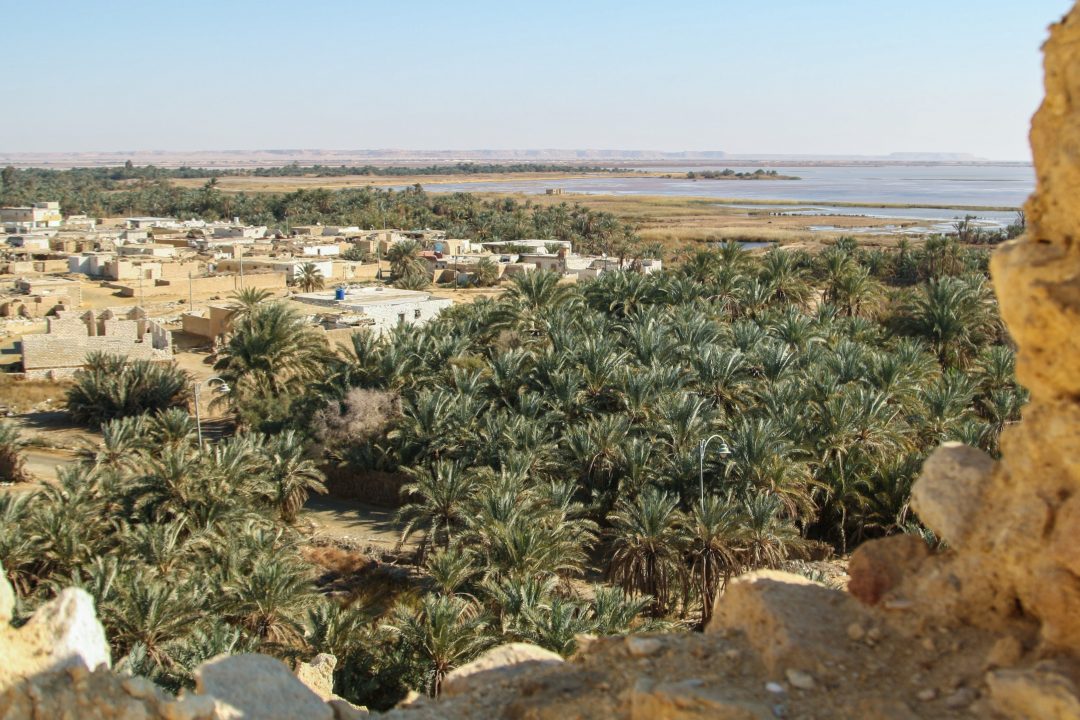 Ever wondered what would become of humanity if the power grid were to collapse, nulling every technological advancement man has ever made? Long before ego tricked humans into thinking they were the center of the universe, ancient civilizations used to turn to nature for wisdom and knowledge that is core to survival. In the absence of clocks, calendars and today’s various time managing applications, the sun and its sequential movement used to serve as man’s most trusted time indicator around the day and year.

Commonly known as archaeo-astronomical structures, many monuments across the world still stand witness to their ancient cultures’ ingenuity in understanding the cosmos and utilizing such knowledge in the regulation and improvement of their civilizations. Among the most famous archaeo-astronomical structures that are globally celebrated are Angkor Wat in Cambodia, Tikal in Guatemala and Pyramid of the Sun in Mexico among others. However, three years after its discovery, it remains fairly unknown to the world that the oasis of Siwa is in fact home to one of Ancient Egypt’s astounding solar-calendar technologies– the solar equinox alignment between the Timasirayn Temple and the Temple of Amun Oracle in Aghurmi.

On March 21, 2013, American-Canadian co-discoverers Dustin Donaldson and Robynn Iwata unveiled the only solar equinox temple alignment to have been discovered in Egypt to date. The discovery was later confirmed and reported to the Siwa Council of Antiquities on September 23, 2013 during the fall equinox.

Siwa and the Key to the Solar Gate

Upon the mention of Ancient Egyptian civilization, people often think of cities like Giza, Luxor or Aswan. However, cast and preserved in the heart of Egypt’s western desert, the oasis of Siwa is rarely recognized for its true historical value.

Despite the absence of grand Ancient Egyptian structures in Siwa such as the temples found in other cities, it is strongly believed that Siwa was an important center for the Ancient Egyptian god Amun. Worn out and partially destroyed, the only structures denoting the worship of Amun in Siwa are the Temple of the Oracle and Temple of Umm Ebeida.

Resting atop the Aghurmi mound, the Temple of the Oracle derives its worldwide fame not only from its Ancient Egyptian value, but from Alexander the Great’s famous visit to the temple around the year 332 BC where it is believed that the oracle told him he was ‘god’. However, Donaldson’s and Iwata’s recent archaeo-astronomical discovery adds even more historic depth to the structure.

“I always pull out my compass when we go to a temple. The construction of such structures and the choice of their specific geographic locations were often decided upon based on astronomical considerations, and served as symbolic and literal connections between earth and sky,” says Donaldson. “Timasirayn temple is perfectly north, south, east, west aligned, and we consequently expected it had something to do with a sunrise or a sunset. That simple initial observation is what ultimately led to the discovery.”

What may go unnoticed by a lot of people was a matter of common knowledge to Donaldson and Iwata — the sun actually rises in different locations on the eastern horizon every day, and only twice a year does it rise exactly due ‘compass’ east. These two occasions are known as the spring and fall equinoxes (which take place on March 21 and September 22 respectively). Due to Earth’s 23.5 degree axial tilt as it revolves around the sun, we undergo the changing of the seasons.

“These climatic shifts are physically marked by the sun’s location at four primary points on the horizon: the two equinoxes and solstices. These four days have unique qualities that reveal exactly where we are in the yearly cycle. The summer solstice is the longest day and shortest night of the year. The winter solstice is the opposite, with the shortest day and longest night. The two equinoxes are halfway between the solstice days on the calendar, and feature days and nights of almost exactly equal sunlight and darkness. Taken all together, these four special days reveal the cyclical pattern of the passage of one year in time,” Iwata elaborated.

“We were there in January and we noticed that it was the only temple that we had encountered in Siwa that was aligned to the compass, so we decided to come back at the next point of the ‘four corners of the year’ as we call them,” says Donaldson. “The spring equinox happened to have been the next one.”

From the Timasirayn ruins location, the discoverers went back and forth taking pictures and measurements, and observing the sunrise. “[At first] I made a prediction that turned out to be incorrect. Based on my compass, I predicted that the sun would rise over Shali (the old town), but that was because we couldn’t see Aghurmi. At 12 kilometers (the distance between both temples), it’s too far; you can’t see [Aghurmi] until the sun is behind it on the equinox.”

After several visits, myriad calculations and hundreds of pictures, the discoverers came to the solid conclusion that the sun rising directly behind the Aghurmi mound when viewed from Timasirayn temple at the equinoxes is far beyond a matter of coincidence.

“The Timasirayn Temple shows something for Siwa that no one had ever found — an astronomically aligned building that’s clearly a calendar device on the ground and therefore showcasing the year itself,” Donaldson explains.

While it may seem trivial to some people, Donaldson stresses the importance of identifying the year and its procession for ancient civilizations such as the Ancient Egyptian. “The year itself means life because within the year, you must know when to plant, when the seasons will change, when it will become hot and when it will become cold. Knowing precisely where you are in the yearly cycle also allows you to plan for the future. All of these things are involved in successful self- preservation.”

“These days so many people have estranged themselves from the natural environment, and therefore have stopped thinking about the observational, sky-based mechanics of the old systems of knowledge,” Donaldson adds. “However, regardless of the fact that it is now your phone and not the sun in line with a temple that tells you when to get out your sweaters, the cosmology-based natural system is eternal, and understanding it is therefore perpetually crucial to our survival should modern technology fail for whatever reason.”

Hoping to spread the knowledge about their discovery, Donaldson and Iwata have arranged two public viewings in 2014 and 2015 for the event which were attended by local Siwis, Egyptians and foreigners, including Abdelaziz al-Dumeiry, director of Siwa Antiquities. Both viewings were preceded by a thorough explanation of the event.

Despite the grave importance of such happening, the Ministry of Antiquities has not yet accredited the discovery. Nonetheless, after reviewing the research and experiencing the event firsthand, al-Dumeiry has in fact stated that the happening is “not a coincidence,” as reported by Cairo Post. 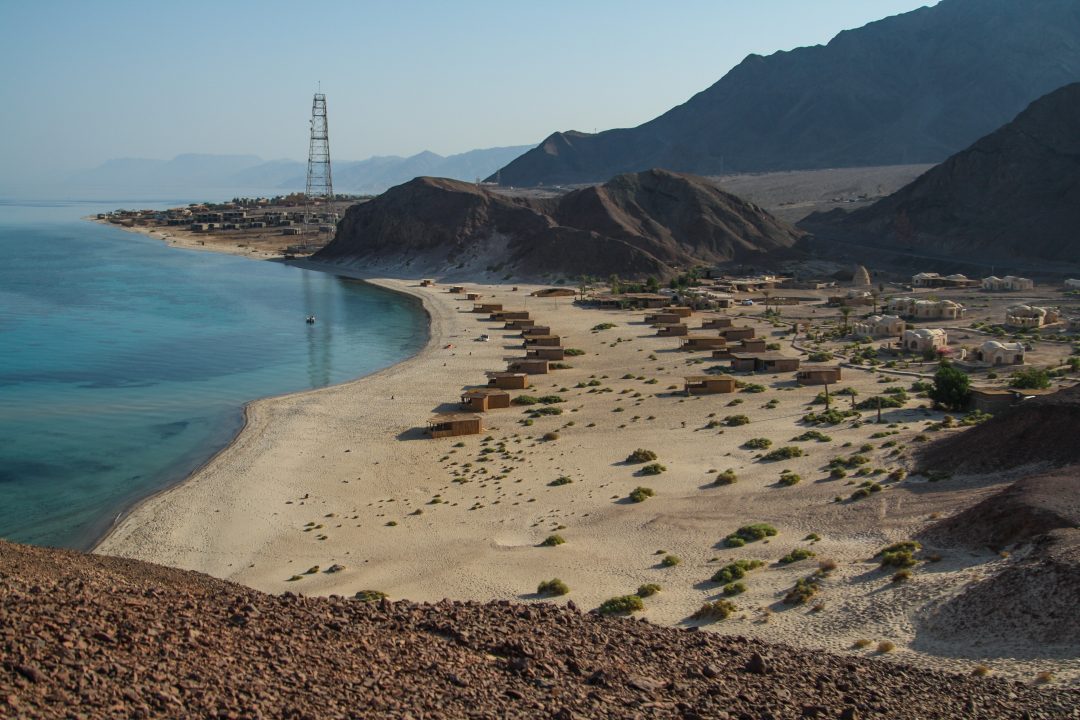 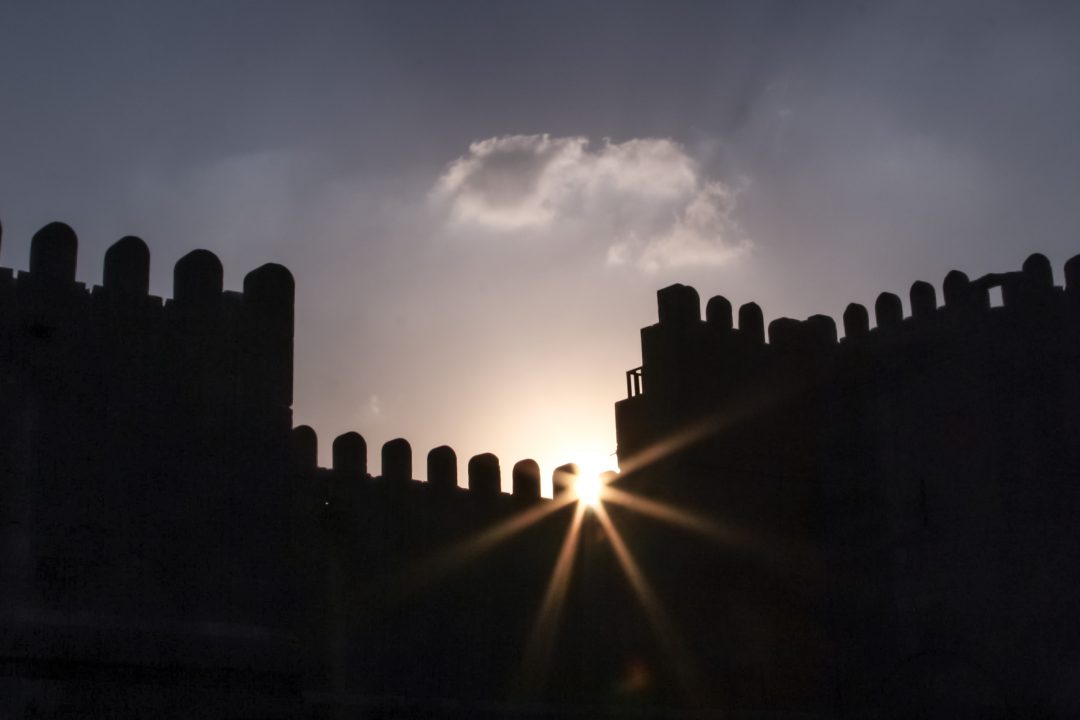